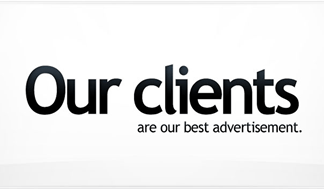 “I felt very welcomed and handled with upmost care. Ramby Chiropractic is the definition of family atmosphere and genuine care. Will be visiting again soon!”

“Dr. Ramby is the best Chiropracter in Texas. I was one of his first patients . He is the only Dr. that can alleviate my problems. If you have a need for his services, by all means get to the clinic ASAP! He is also the best person I have ever known!!”

“Dr. Ramby is attentive, personable, thorough, detailed and takes the time to explain procedures, goals and expectations of recovery. I can’t think of a product or service where low cost and high quality go together, except for Ramby Chiropractic Clinic. I had never been to a Chiropractor until Dr. Ramby but what I had done was to bounce from one ‘specialist’ to another only to be medicated and rescheduled for another visit, all the while suffering from either the effects of the injury or from the effects of the pills, sometimes both. Dr. Ramby began to ease my frustrations from the very first visit. Thank you Dr. Ramby!”

“I was referred by a coworker who told me that Doc was the best in town, so, I gave him a try and fell in love (not personal angela ha ha ha), I plan on going to him forever, if he will have me.”

“I have to say Dr Ramby is the best..The office staff are very nice and you are treated like a friend not a patient..Love you guys…”

“Well lets see… Dr.Ramby is a miracle worker. I was riding my horse in the pasture a couple of weeks ago and i went one way and my horse went the other way. I couldn’t walk.. it was horrible. Dr.Ramby massaged the muscle out and put my hip back into place as much as he could without hurting me. The pain subsided and I was able to wal…k. A couple of days later he put my hip back into place and I felt like a new person. He really is a miracle worker. I would have to say that I am his most seen visitor. lol. I wouldn’t go anywhere else. I also have HORRIBLE migranes. He is AWESOME at getting rid of them. It hurts for a minute but it is so worth it. 🙂 “

“Dr. Ramby is awesome. I have a bulging disc in my neck and my arm and hand were numb. I went to him a few times and can use my arm again.”

“I have been seeing Dr. Ramby for over 10 years and he is the best. In ’98 I blew out my knee and shredded my ACL. I couldn’t walk and a mutual friend referred me to him knowing that I was scarred to death of having someone I didn’t know working on me. I called the office right away for an appt and when he found out I was on crutches h…e offered to stay late so I could go in the same day. After Dr. Ramby was done I walked out of the office and he has been working on me ever since. I have not only trusted him for me but also took my 9 year old to him when she hurt her neck in an accident and I wouldn’t trust just anyone with my child. There are so few doctors that really care about their patients but he is one of them and I would recommend him to anyone. Thanks Dr. Ramby for who you are and for everything you do.”

I was searching for a chiropractor Atascocita Tx and came along Ramby Chiropractics. Not only did they help me with neck problems that I have had for years but they have continued to help me with my ongoing troubles with my back and shoulders.